Abstract: Providing real-time situational awareness is a critical but immensely challenging component in the management of large-scale disasters such as wildfires, where incident managers need to make timely decisions and allocate resources. Yet gathering accurate real-time information is difficult due to the multi-scale spatio-temporal nature of the event, the overwhelming amount of data that has to be processed in near real-time, the heterogeneous nature of the technological resources involved, and the complex interdependencies and interactions between human and technological entities. Recent advances in various areas of cyber-physical and information systems, including sensing, mapping, communication, computing technologies, and unmanned systems, have provided an unprecedented opportunity to revolutionize the acquisition of situational awareness in a large-scale disaster. The objective of this multi-institutional project is to conduct fundamental research aimed at creating user-centered control and algorithmic tools that integrate real-time sensory data from multi-rotor unmanned aerial vehicles (UAVs) into effective fire-predictor software, which will allow a team of UAVs equipped with electro-optical sensors to generate situational awareness in a large-scale wildfire. The PIs will develop a reliable and affordable UAV system that is portable, safe, and easy to operate by first responders (especially firefighters and forestry officials), and which will enable them to make informed decisions which can optimize resource allocation and thereby save both property and lives. With the imminent inclusion of UAVs in the national airspace, the technologies developed in this research will have potential broad applicability to a number of other civilian applications such as law enforcement and border patrol. Project objectives will be met by pursuing specific aims including the design of user-centered analytical and algorithmic tools for robust and safe motion control of UAVs for gathering information, the development of spatio-temporal situational awareness using real-time data and a fire propagation model, and the development of a command, control and communication (C3) framework for emergency management personnel integration. The PIs will create new algorithms for UAV trajectory generation that resourcefully carry out monitoring in a dynamic environment, along with new cooperative control algorithms for a team of UAVs tasked with dynamic perimeter tracking that are robust to addition and/or deletion of UAVs. They will devise distributed filtering methods coupled with reduced order modeling techniques based on real-time spatio-temporal decomposition, to seamlessly generate situational awareness in a computationally efficient manner. Finally, the PIs will develop simulation and field capacity, while studying human-robot interaction issues pertaining to the wildfire application. The PIs' user-centered design approach is novel, in that it will address not only usability issues related to the developed system, but also issues such as deployment, training, and changes in operational paradigms. To ensure project outcomes meet the needs of the target user community, the PI team will be working in collaboration with the City of Cincinnati's Fire Department and the State of West Virginia's Division of Forestry. 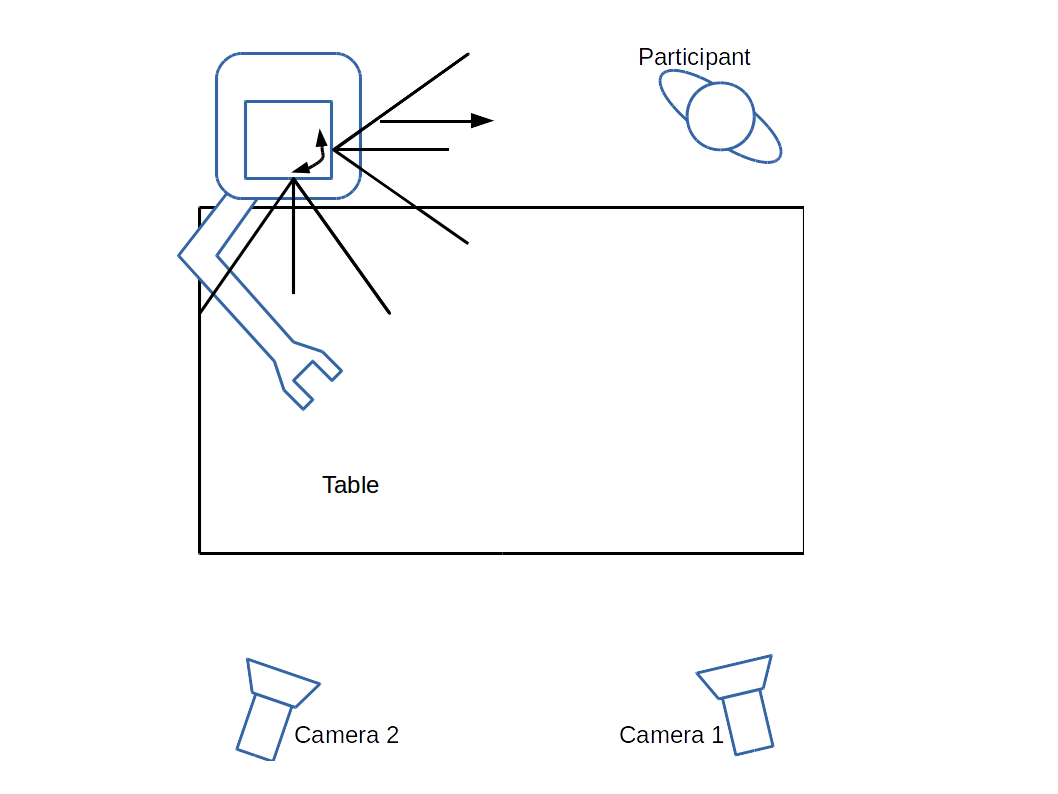 While it is increasingly common to have robots in real-world environments, many Human-Robot Interaction studies are conducted in laboratory settings. Evidence shows that laboratory settings have the potential to skew participants' feelings of safety. This project probes the consequences of this Safety Demand Characteristic and its impact on the field of Human-Robot Interaction.

We are developing a disaster mitigation training simulator for emergency management personnel to develop skills tasking multi-UAV swarms for overwatch or delivery tasks. This simulator shows the City of Reno after a simulated earthquake and allows an operator to fly a simulated UAV swarm through this disaster zone to accomplish tasks to help mitigate the effects of the scenario. We are using this simulator to evaluate user interface design and to help train emergency management personnel in effective UAV operation.

In recent years robots have been deployed in numerous occasions to support disaster mitigation missions through exploration of areas that are either unreachable or potentially dangerous for human rescuers. The UNR Robotics Research Lab has recently teamed up with a number of academic, industry, and public entities with the goal of developing an operator interface for controlling unmanned autonomous system, including the UAV platforms to enhance the situational awareness, response time, and other operational capabilities of first responders during a disaster remediation mission. The First Responder Interface for Disaster Information (FRIDI) will include a computer-based interface for the ground control station (GCS) as well as the companion interface for portable devices such as tablets and cellular phones. Our user interface (UI) is designed with the goal of addressing the human-robot interaction challenges specific to law enforcement and emergency response operations, such as situational awareness and cognitive overload of the human operators. Situational Awareness, or otherwise the understanding that the human operator has about the location, activities, surroundings, and the status of the unmanned aerial vehicle (UAV), is a key factor that determines the success in a robot-assisted disaster mitigation operation. With that in mind, our goal is to design an interface that will use pre-loaded terrain data augmented with real-time data from the UAV sensors to provide for a better SA during the disaster mitigation mission. Our UI displays a map of near-live images of the scene as recorded from UAVs, position and orientation of the vehicles in the map, as well as video and other sensor readings that are crucial for the efficiency of the emergency response operation. This UI layout enables human operators to view and task multiple individual robots while also maintaining full situational awareness over the disaster area as a whole.